The arts are powerful drivers of economic revitalization and social change; see my post Detropia & the new American City.

I turn west — or midwest, actually — to look at the Motor City again, because a dear friend of mine, Reg Flowers, has started a new venture called alt space detroit, which you can check out at altspacedetroit.org.

Reg is the founder of Falconworks Artists Group, a nonprofit theatre company in Red Hook, Brooklyn. You can read Reg’s bio here, or visit his very cool website, RegFlowers.com.

alt space detroit is Reggie’s newest vision, an “alternative workplace and lodging” that aims to be an “institute for social transformation.”

Reg bought an abandoned 115-year-old house on Field Street on Detroit’s East Side for $800 (that’s not a typo), and is now in the process of fixing it up with the help of the local community, friends, and his husband (and another dear friend), Chris Hammett.

I spoke to Reg about Detroit, and his vision for alt space:

Everyone’s talking in the social justice world…there’s a new buzz phrase called visionary organizing. Instead of us fighting against the machine, we’re going to recognize it as a failing system that can’t meet all of our needs, and figure out what we want instead and achieve it through all types of capital, not just in the financial sense. Through relationship capital, community capital, financial capital; by putting all our resources together, we can work together and fix an old house, and it doesn’t require money to make it happen; it doesn’t require another outside force [like a bank loan] for us to come together and survive.

So: how do you do that? This is our opportunity to put those theories into practice through the house. There was someone [Blake Kownacki] who had an idea to plant a vineyard in the city but who didn’t have land. We created a transformative relationship that matches and fits our needs together to get what we want done. We’ll learn how to plant and cultivate grapes–which we found growing on the property already…we’ll create artisan wine; this luxury item that we can sell or drink!

…We can fulfill a need that creates an other type of capital that wasn’t there. And in the process, we redefine these ideas of work and education, because people are learning skills by actually doing them…which is also called place based learning.

It sounds a bit like a return to a barter economy of sorts–where money is part but not all of the equation–and of economic self sufficiency. Reg’s vision is appealing to artists and creatives in particular because it requires a leap of faith to visualize such a radically new world; to create a brave new economy that’s so futuristic yet also so ancient.

A native of Philly and long-time New Yorker, Reggie discovered Detroit right before Hurricane Sandy devastated their neighborhood in Brooklyn–around the time of my Detropia post. He went to a PBS Fixing the Future conference, a business alliance to help foster local living economies. It was there that Reg saw the 98-year old Grace Lee Boggs speak.

She’s an amazing thinker. She was talking a good game and I thought, ‘Oh, I’ll try that!’ My [Detroit] house is four blocks away from hers. I do see her: I’ve been working with the chair of the board of the Boggs Center, [a place based learning institution] which is where a lot of meetings and thinking on visionary Detroit is happening; touching on the urban agriculture movement, rethinking work, new economies, new schooling–it’s all tied together.

From a former Black Panther to Capuchin Franciscan friars, the new focus in Detroit is to shift away from handouts and charity to create a visionary economy; a vibrant, self-supporting, local living economy. 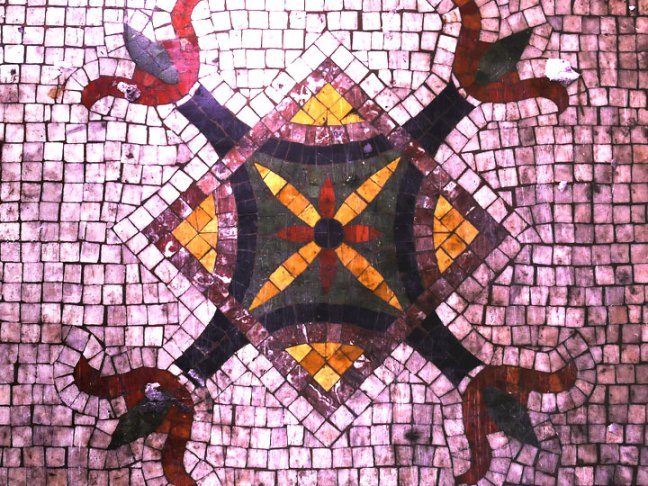 People are really fascinated by Detroit, probably because there’s both so much opportunity and such huge problems at the same time. There’s this sense of so much potential and so much despair in the same building: for example, the Packard Plant is completely amazing. It’s unbelievably huge — it must be a mile long — and it hasn’t been used in 60 years. It’s like some sort of ancient Cambodian ruin or something. So fascinating, and so much untapped potential, but even to tear it down would be overwhelming! It’s hard to know where to begin…

I remember when Reggie started Falconworks in the early 2000’s. I thought he was out of his mind, starting a community theatre from nothing out in Red Hook. But he did it and it’s changed people’s lives. If anyone can turn his vision into reality through the sheer force of will plus massive amounts of energy, it’s Reg Flowers.

Soooo…please go to altspacedetroit.org to read more about this important new project, and to learn how you can contribute.

No matter where you live, this is your chance to create positive change through a click or two. Help one of America’s cities–a city that’s done so much to contribute to the world’s economic growth and culture in the 20th century–rise up and become even greater in the 21st.