I always take pictures of street art when I travel. 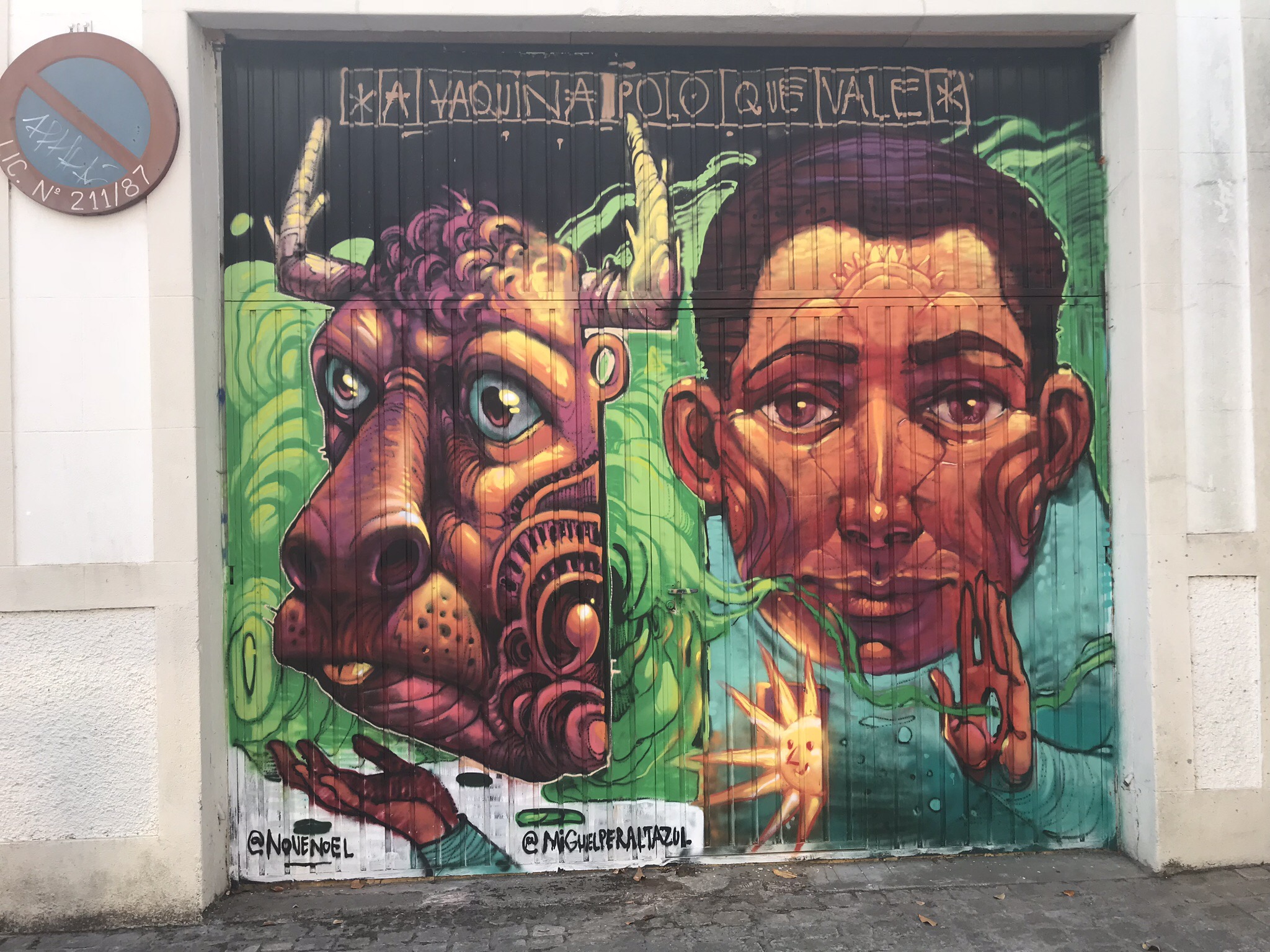 My latest trip made me think about the most recent crop of public art that’s going up in Boston. Patterned Behavior is a multi-part installation on the Esplanade by Dominican-American artist Silvia López Chavez.

Since I travel on the Esplanade nearly every day by bike, I was lucky to see the mural’s progress over a period of a week or so. I was even luckier to be riding by when Silvia and her crew of all-women artists were there… 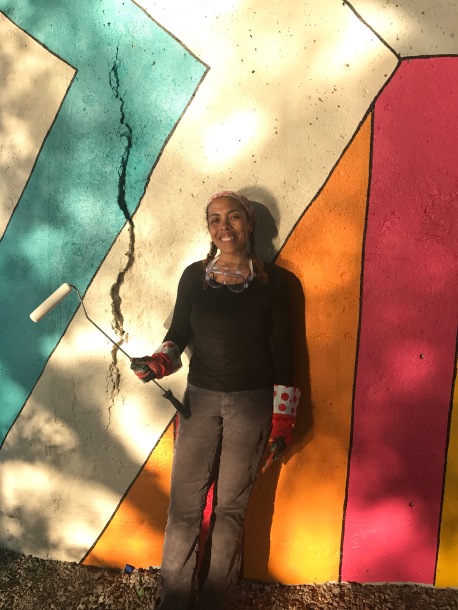 We chatted for a few minutes about how rare it is to see public artworks by women artists, and even fewer by women of color. Other than Silvia’s installation, I think I’ve only seen two other pieces by female artists on a wall in Boston – Shinique Smith’s giant 2014 mural in Dewey Square that coincided with her solo show at Museum of Fine Arts, and a 2012 street paste by Swoon during an exhibition featuring her work at the Institute of Contemporary Art, which was tucked away in a Coolidge Corner alley for just a month or so.

Silvia’s work blends natural and urban environments. It’s the first mural commissioned by the Esplanade Association. I’m not sure how long Silvia’s piece will be up, but you can take a look at what it’s like to bike by the mural, coming and going:

It’s so much nicer to experience this mural during my commute instead of the dreary concrete walls that were there before!